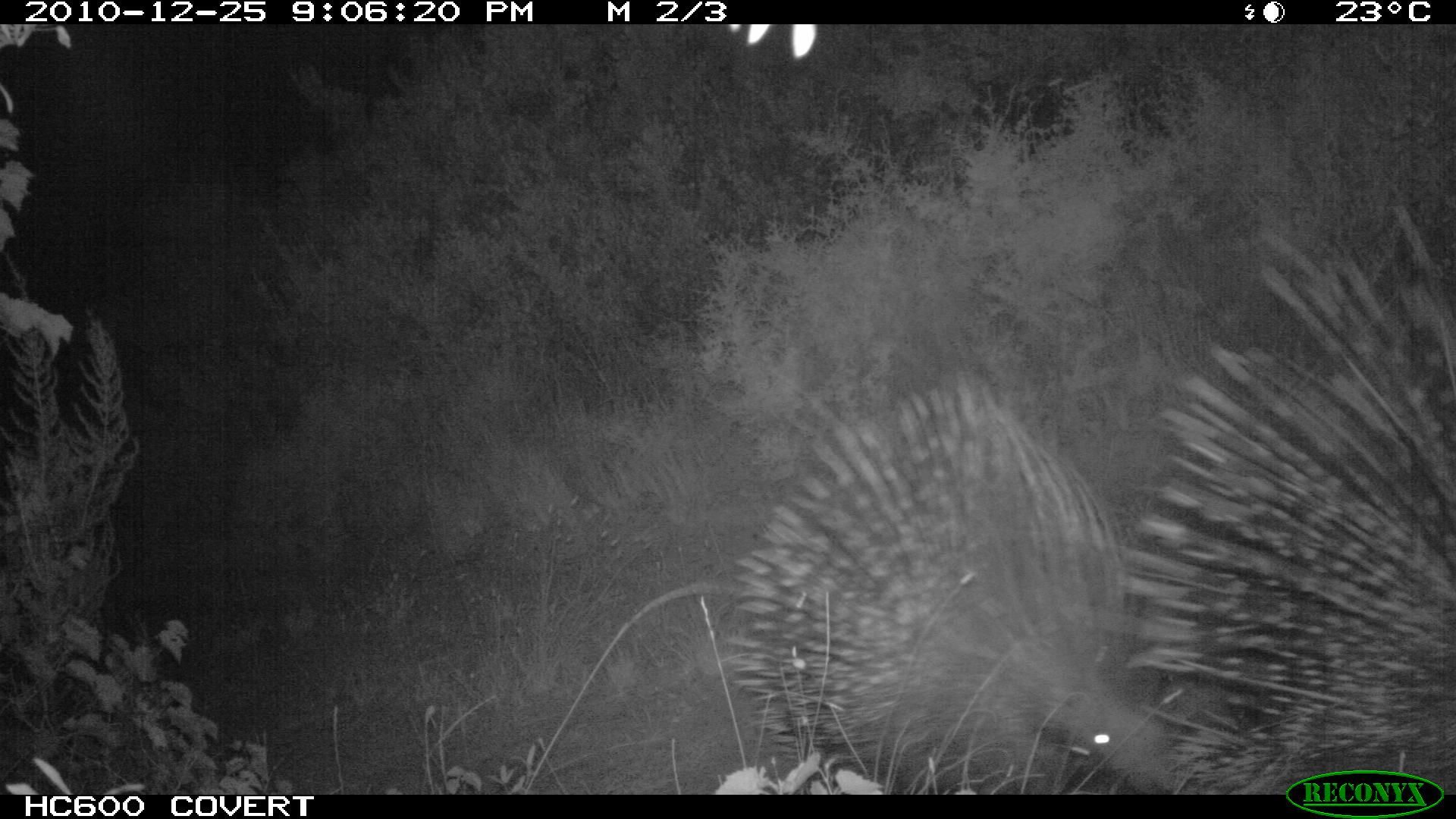 The first vintage under the Avondale label was produced in 1999, and then a year later, a catastrophic fire swept down the mountains onto the farm, leaving the land in ashes.  It was a calamity at the time but it also marked the real turning point in the farm’s history.  We had the opportunity to start afresh; to truly sculpt the land and its natural systems in an unfettered, sustainable way.  I had the space, a blank canvas, to develop our unique approach to viticulture, BioLOGIC®.

Despite the renewal and creativity that the big fire brought, there was also much destruction.  One of the creatures, always hard hit by fire is the Porcupine, Hystrix africaeaustralis. We were delighted that my father’s motion-sensitive Reconyx Hyperfire camera recently captured these images of a Porcupine as evidence that the Avondale population has recovered.

Although their name alludes to a ‘spiny pig’, the Porcupine is actually Africa’s largest rodent, with the females usually weighing over 30 kilograms.  Porcupines inhabit rocky outcrops and hills where they shelter during the day in caves or burrows that they dig themselves.  They are nocturnal, and mostly vegetarian, though some have been observed gnawing on bones or carrion.  Their sharp, rattling quills are modified hairs.  Although it is a myth that Porcupines can ‘shoot’ their quills at an offender; it is a true that, if cornered, a bristling Porcupine is likely to charge.  Keep watching this space, because our project to document Avondale’s beautiful wildlife is ongoing, and there is a lot more to come!