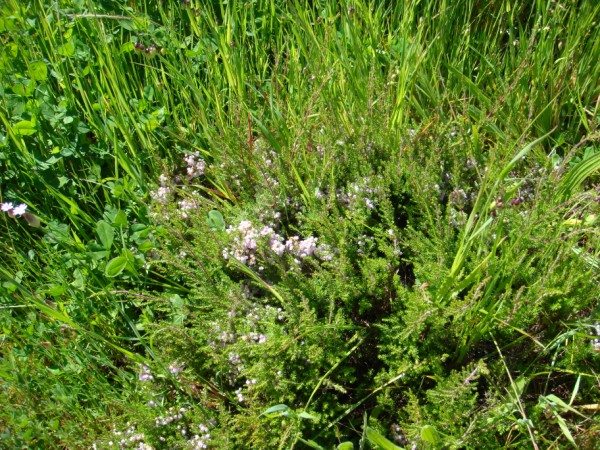 Legumes are a diverse range of plants belonging to the family Fabaceae.  Commonly known legumes include alfalfa, clover, lupin, vetch, peas, beans, soy and peanuts.  Africa’s classic Acacia thorn trees are also part of this family.  As a food source, legumes are prized for their unusually high protein content.  However, they are also a particular ally for farmers who do not want to artificially add nitrogen fertiliser to their soils as legumes have a fantastic ability to work in conjunction with rhizobia bacteria to fix atmospheric nitrogen in the soil. Like humans and other animals, all leafy plants require nitrogen to grow; and it is easy for crop soils to become depleted of nitrogen, making it one of the most common chemical agricultural inputs, and also one of the most abused chemical inputs.  The cheapest nitrogen is nitrate nitrogen which results in vegetative growth. This may look good at first, but it is not a healthy growth.  The soil is soon depleted again, nitrates leach into water systems and the plants are ultimately not strong and healthy, which of course, attracts pests.  So, artificially adding nitrogen to the soil soon becomes an endless trap as it can never achieve the balance of a healthy, living soil where nitrogen is released slowly to support sustained plant growth.

One of the major issues in wine production is green tannins, and a huge factor influencing this is excessive nitrogen usage, which of course results in green growth.

The nitrogen-fixing capacity of legumes is due to a mutually-symbiotic relationship that legumes have with bacteria called rhizobia which are found in the root nodules of these plants.  You can actually see whether your soil is well-balanced and fostering nitrogen-fixing by examining the nodules on the legume’s root.  If the nodule is white inside, then there has been no nitrogen-fixing.  However, if the nodule is rust-coloured, then the rhizobia bacteria are present and doing their work.

Please be aware that this is a complex system that we work with and there are many contributing factors for realising the full benefits of rhizobia bacteria. To name one, we must also make sure that we have a sufficient supply of molybdenum for adequate nitrogen fixation.

While some farmers may use a single type of cover crop in the vineyards, Avondale’s BioLOGIC® system addresses the complexity of finding balance in the soils by making use of ten different types of cover crop mixes.  These mixes are matched to the different soil types found on our farm, and each mix includes at least two different types of legumes which offer multiple benefits to their plant communities.  For instance, we include fine-seeded, drought-resistant medics in the mix for our rocky soils; deeper-rooted lupin and vetch are sown in the wetter areas where their roots loosen up the soil structure providing natural tillage; and clovers with their extended flowering attract useful insects.  All the while these legumes are fixing the nitrogen that our vines will need for sustained growth and healthy, balanced grapes.