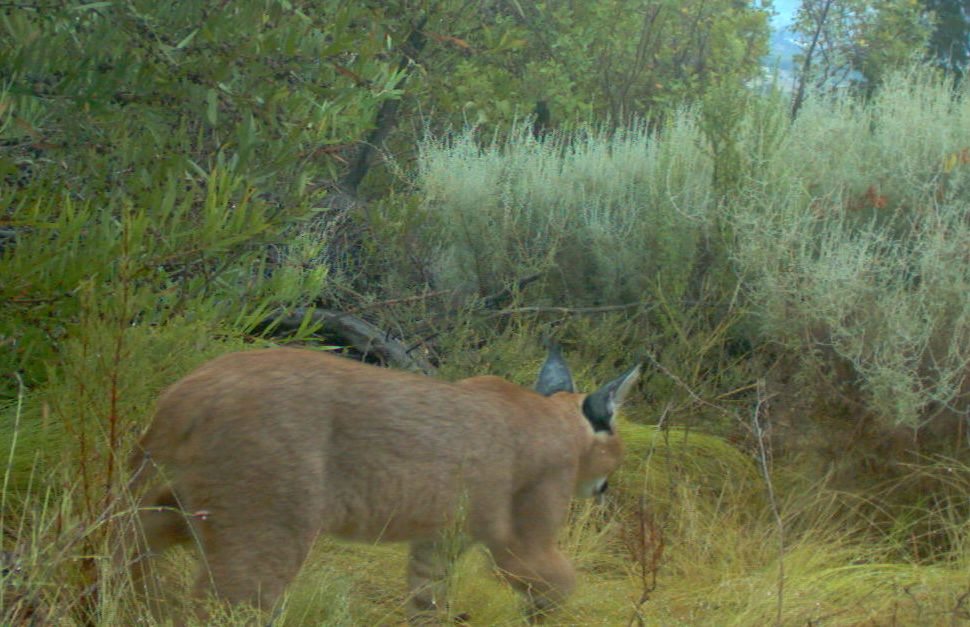 At Avondale, we strive for biodiversity throughout the farm, not just along the uncultivated fringes but also in the vineyards.  There is no better measure of the robustness of any ecosystem than its biodiversity.  Multitudes of life forms reduce vulnerability, protect the ecosystem from shocks and enable it to restore and regenerate more quickly.  Avondale was one of the first South African wine producers to be awarded the World Wildlife Fund’s Biodiversity in Wine certification.  We are blessed with a wonderful array of mammals, birds, amphibians and reptiles on the farm.

My father, John Grieve, an enthusiastic nature lover, is busy documenting the wildlife on our land using a Reconyx Hyperfire camera, which he sets up in different locations.  It is a motion-sensitive camera with an unobtrusive infra-red flash that does not startle the animals at night.  The camera can record an image every half a second, and takes a series of five photographs when the motion sensor is triggered – ideal for capturing those shots you normally miss!

This project is providing us with wonderful glimpses of the lovely creatures who also regard Avondale as their home.

This small fox with a black-tipped tail is breeding on Avondale land.  It is widespread in southern Africa with a range extending into the fynbos community of fauna and flora.  The Cape Fox is mainly nocturnal, typically sheltering in a burrow during the day, most active just before dawn or after sunset.

The heaviest of those classified as ‘small cats’, the Caracal, also known as Rooikat, is a slender but muscular cat that is known for its speed and its spectacular ability to snatch a bird in flight.  The distinctive tufted ears often lead people to believe it is a type of Lynx; however, it is more closely related to the Serval and African Golden Cat.

What a privilege it is to have Cape Grysbok living on the farm.  This special small antelope is endemic to the Western Cape, found only between Albany and the Cederberg mountains.  It is mostly a nocturnal browser but can also been seen in the early mornings and evenings.

Also known as the ratel, the Honey Badger is a tough character with few natural enemies due to its ferocious defensive abilities.  It is a one-of-a-kind species of Mustelid, more similar to weasels than other badger species.  Despite being named after its taste for honey, the Honey Badger is a generalist feeder, usually more active in the day.  However, when they share their territory with humans, they easily adapt and become more nocturnal.

Keep watching this space, because there is lots more to come!…